Reuters tells us that it will tie healthcare to work status in a reversal of norms:

Kentucky on Friday became the first U.S. state to require that Medicaid recipients work or get jobs training, after gaining federal approval for the fundamental change to the 50-year-old health insurance program for the poor.

The Centers for Medicare and Medicaid Services issued policy guidance on Thursday allowing states to design and propose test programs with such requirements.

Kentucky’s waiver, submitted for federal approval in 2016, requires able-bodied adult recipients to participate in at least 80 hours a month of “employment activities,” including jobs training, education and community service.

This reverses the entitlement mentality which holds that all citizens “deserve” certain benefits paid for by other citizens, and instead ties benefits to duty, requiring that people contribute before receiving rewards. That takes our policy to only a step away from, as many have suggested, simply using government power to purchase insurance in bulk and then re-selling it to citizens.

In America, as in Europe, the Entitlement state began in the late eighteenth and early nineteenth century as nations attempted to quell the rising tide of socialism by adopting “socialist lite” policies. While this preserved capitalism and individual liberty, it also guaranteed a gradual slide toward full socialism which really accelerating in the 1960s.

With the fall of the Soviet Union in the early 1990s, this kicked into full gear because there was no longer a negative example of socialism in the news. This allowed politicians to buy votes with free stuff provided by a group too small to outvote that process, and gave industry a subsidy so that its cheap labor could be paid for by tax dollars:

Here’s a stark number for understanding how low-wage employers are relying on the kindness of taxpayers: $153 billion.

That’s the annual bill that state and federal governments are footing for working families making poverty-level wages at big corporations such as Walmart (WMT) and McDonald’s (MCD), according to a new study from the University of California Berkeley Labor Center. Because these workers are paid so little, they are increasingly turning to government aid programs such as food stamps to keep them from dire poverty, the study found.

In reality, this has been going on for a long time, since low-income families have always relied on food stamps, public school as daycare, progressive taxation, and other forms of wealth transfer. Industry and Leftism benefit because both are based on the idea of mobilizing masses to conform to the same behavior patterns, and so both forces act along similar lines and in support of each other.

The Entitlement State draws people from afar because it enables them to live comfortably in the first world without doing much for themselves. Instead of struggling to fix their nations and build wealth, they can simply come to the West and live on welfare or subsidized minimum-wage jobs.

Since adopting these policies, Western nations have spent themselves into debt:

In his January 1964 State of the Union address, President Lyndon Johnson proclaimed, “This administration today, here and now, declares unconditional war on poverty in America.” In the 50 years since that time, U.S. taxpayers have spent over $22 trillion on anti-poverty programs. Adjusted for inflation, this spending (which does not include Social Security or Medicare) is three times the cost of all U.S. military wars since the American Revolution. Yet progress against poverty, as measured by the U.S. Census Bureau, has been minimal, and in terms of President Johnson’s main goal of reducing the “causes” rather than the mere “consequences” of poverty, the War on Poverty has failed completely.

That reckless spending and out-of-control debt has made the West subservient to China, which holds the notes on much of our debt:

China added to bond investors’ jitters on Wednesday as traders braced for what they feared could be the end of a three-decade bull market.

…China holds the world’s largest foreign-exchange reserves, at $3.1 trillion, and regularly assesses its strategy for investing them.

…A top Treasury official signaled confidence in the U.S. government debt market, which at $14.5 trillion is the world’s largest.

As this realization settles in, people in the West are becoming increasingly unwilling to fund the Entitlement State, and equally more supportive of having a strong military to counter foreign control. This leaves us with the option of cutting the nearly 60% of the budget that goes to entitlements, and setting ourselves free from these threats again.

A new study reveals the lack of importance of empathy in how we make decisions:

Iacoboni and his colleagues hypothesized that people who had greater neural resonance than the other participants while watching the hand-piercing video would also be less likely to choose to silence the baby in the hypothetical dilemma, and that proved to be true. Indeed, people with stronger activity in the inferior frontal cortex, a part of the brain essential for empathy and imitation, were less willing to cause direct harm, such as silencing the baby.

But the researchers found no correlation between people’s brain activity and their willingness to hypothetically harm one person in the interest of the greater good—such as silencing the baby to save more lives. Those decisions are thought to stem from more cognitive, deliberative processes.

The Left tells us that the problem in society is not incompetence or solipsism, but that people are anti-social or cruel, which usually means that they rise above others through competition or are unmoved by the “problem” of inequality. The solution that the Left proposes, as always, is destructive: empathy, or the thought that if we just “felt their pain” we would see why we have to “help” other people rather than let them face the consequences of their choices as in natural selection.

The Leftist “argument from suffering” ignores the role of individuals in their own suffering and how people think when they actually have to make a decision. Instead of using empathy, they use logic, because that is how they survive as individuals. In conversation, however, they use empathy because that is how you make other people like you, and by doing that, the self-interested individual succeeds in a socially-driven society like our own. 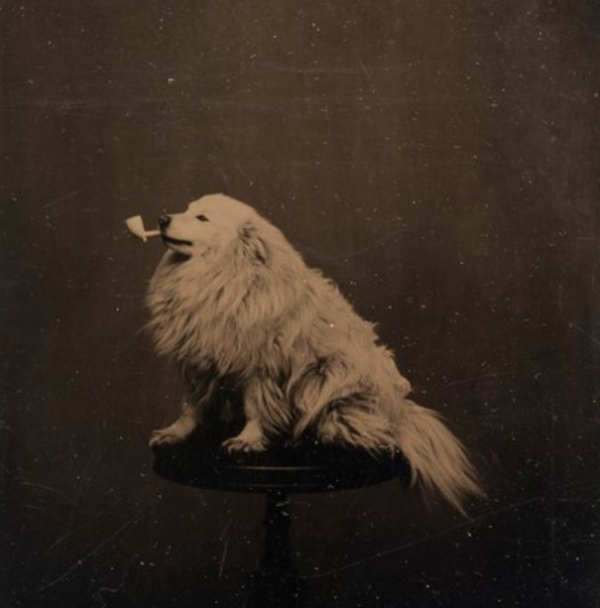 Over at Choctaw Nation, a great analysis of Amerind tobacco use:

Many Choctaw men also had their own personal pipes. Most of these were smaller and less elaborate than the council pipes, calumets, or war pipes. At least some of them had short stems of hollow river cane. These personal pipes were smoked in individual prayer or reflection. They were also smoked at times when supernatural aid was sought. When Choctaw men met each other out away from home, if one had a pipe and tobacco, it was customary for him to sit down and share it with the other travelers.

Choctaw men smoked in the same way humans have always smoked pipes: for contemplation, during prayer, or when seeking relaxation. Tobacco is part of their community, their way of life, and their cultural values system. And yet, the Nanny State of Big Government (NSOBG) has determined it will impede their access to pipe tobacco:

This means that the FDA is tossing pipe tobacco and cigars in with cigarettes. There is no effort to refine the law or regulation to show that the Surgeon General’s latest report says that smoking either a pipe or a cigar has relatively the same health risks as those who do not smoke.

So, “deeming” is skewed right from the start by FDA, citing its mandates from Congress, which, by the way, loves its cigars, too.

Cigars, along with pipe tobacco, recently became a “deemed” product by the FDA, which claims to be carrying out the mandates of the 2009 Tobacco Control Act, better known as the Family Tobacco Protection Act, which gave the FDA jurisdiction over tobacco products.

Rack up another one for the Antis.

Any tobacco blend which did not exist in 2007, or has been deemed to have changed since then, has to go through an approval process. On the surface this sounds benign, as if helpful bureaucrats were looking out for our welfare. In reality, it is a measure designed to choke the industry:

In theory, this review process ensures that any new products introduced to market are no more dangerous than what is already for sale. In practice, it halts the introduction of new products, trapping applications in interminable bureaucratic limbo. The history of FDA cigarette regulation shows that cigar smokers are right to be concerned.

A 2012 investigation by the Associated Press found that the FDA had received nearly 3,500 of these “substantial equivalence” applications since the law took effect in 2009. The agency was expected to rule on these applications within ninety days of receipt. At the end of 2012 it had issued zero rulings, with many applications lingering for years.

Are there exceptions for the Choctaw? No, because this law covers tobacco manufacturers who want to sell their product in the USA. This means that every manufacturer will either comply with the law and its estimated costs of $300,000 per blend to get pipe blends approved, or cease making them, except for blends pre-existing since 2007 which have not changed in the FDA’s eyes; the FDA has not published definitive information on how it makes this determination.

Who supports this legislation? Cigarette makers:

According to NCPPR’s risk analysis director, Jeff Stier, the regulation could require all electronic cigarettes that came to market after February 15, 2007, which is essentially all of them, to be removed from the market unless they win onerous pre-market approval.

“This,” Stier said, “would give deadly old-school combustible cigarettes an almost insurmountable competitive advantage.” “The regulation would have the effect, intended or not, of taking e-cigarettes away from former smokers who quit smoking by using these less harmful alternatives.

Under the guise of “protecting families,” this new deeming rule is actually designed to eliminate competition for the existing and approved tobacco blends in cigarettes. This causes people to avoid the safer methods of tobacco consumption like pipes and cigars, and turn instead to mass-produced, additive-laden cigarettes.

Keep in mind that the FDA makes no promises about taking action to approve any product, leaving smaller manufacturers facing bankruptcy while they wait for regulatory approval:

The only incentive for FDA to act on such submissions within a year is apparently to meet its own, as yet unspecified, “performance goals.”

What this means for the Choctaw is that their tribal tradition has been regulated out of existence by the FDA, resulting in higher costs, lower availability, and more delays. A ten thousand year tradition has been obliterated by the act of government, which believes it is acting in the interests of the “general welfare” of its population.