Some 13 European thinkers issued an intellectual protest late last year against the assault on the Western heritage that has been raging on the Continent and in Britain for years. They called their 11-page document “The Paris Statement” and gave it a title: “A Europe We Can Believe In.” The Europe they believe in, write the 13 signatories (well-known in Europe, less so in America), is under threat of destruction from the forces of globalization, multiculturalism, and the EU managerial class, as well as growing anti-Christian prejudice.

…But we are witnessing the emergence of some powerful political currents within the general European population, manifest in increasingly populist voting patterns in France, Germany, Austria, and elsewhere. Hence the Paris Statement could become a significant intellectual underpinning for Europeans who are increasingly concerned about the direction of things in their homeland.

…The threat to Europe, says the Statement, comes from “a false understanding” of what Europe is and represents. This “false Europe” is the product of people who are “orphans by choice,” glorifying their vision “as the forerunner of a universal community that is neither universal nor a community.”

…The true Europe, on the other hand, encompasses a number of fundamental elements—a body of law that applies to all yet is limited in its demands; a shared understanding of political and cultural traditions and a fealty to those traditions; an appreciation of the nation state as “the political form that joins peoplehood with sovereignty”; a shared regard for the role of the Classical tradition in shaping the Western mind; and an understanding of Christianity as the religious bulwark of the civilization.

— “The West Cannibalizes Itself,” by Robert W. Merry, The American Conservative, March 30, 2018

While this is a good start, they have not identified the problem. Since The Renaissance,™ the West has adored egalitarianism, or the idea that everyone can be an individualist together and things will turn out just fine. Instead, this brings about a mob mentality, which in turn weakens us morally and then, makes us hate ourselves for being whores.

Until people are willing to confront that, they are wasting their time as far as trying to save a civilization. They call for a renewed nationalism of “the political form that joins peoplehood with sovereignty” and a cultural revival, and these are great things, but without removing equality — including democracy, consumerism, diversity, feminism, and the other individualist “me first” ideas — it will go nowhere. 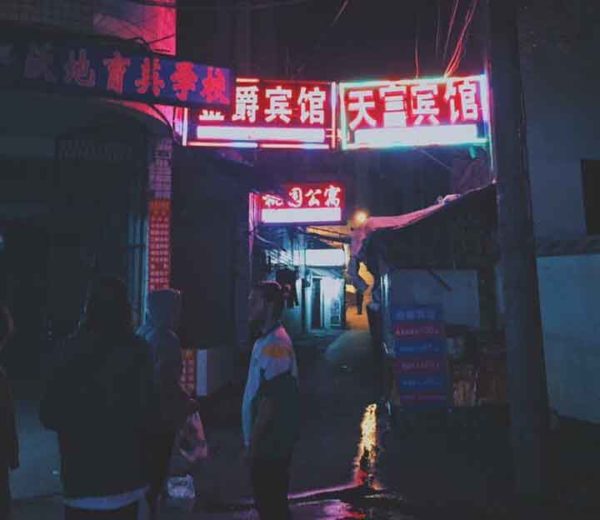 Those who recognize that the thread to most populations is genetic destruction by outbreeding tend to support nationalism, or the idea that the nation is defined by a single ethnic group. This conflicts with the egalitarian ideals that have been de rigueur for the past two centuries.

Currently, the egalitarians are attacking Israel for deporting genetically dissimilar people in an attempt to preserve the genetics of the Jewish people:

Jonathan Greenblatt, the CEO of the Anti-Defamation League, likened African migrants in Israel to the “Dreamers” at the heart of a contentious US immigration debate and suggested that deporting them would make Israel appear racist.

…Greenblatt has joined calls on Israel not to deport the African migrants, but casting the call in terms that suggested that it would look racist is an escalation of the debate.

…Much of the organized Jewish community, including the ADL, has lined up with Democrats and immigration advocates who call for removing the threat of deportation of the Dreamers.

While European and Eastern European Jewish migrants are ethnically similar to Ashkenazi and Sephardic Jews, African migrants are entirely different and their arrival will shatter the majority unity needed in order to preserve the cultural identity that protects the genetics of the Jewish people.

If the ADL were thinking clearly, it would see that its primary mission is not to fit in with political trends, but to protect the Jewish people against those trends by preserving their rights to autonomy and exclusion.

Dating sites would be well-advised to add “brain activity” as a compatability criterion, according to a study released Tuesday showing that close friends have eerily comparable neural responses to life experiences.

“Our results suggest that friends process the world around them in exceptionally similar ways,” said lead author Carolyn Parkinson, director of the Computational Social Neuroscience Lab at the University of California in Los Angeles.

…The closer the relationship, the more alike the neural patterns in parts of the brain governing emotional response, high-level reasoning, and the capacity to focus one’s attention.

People who are friends are more likely to be genetically similar:

Sociologists have long pointed out that we often favor people who look like us. Now, a new study shows that that bias runs deeper still: we tend to chose friends who are genetically similar to ourselves.

…Compared to strangers, the people the subjects chose to be friends with had significantly more in common genetically. They shared about one percent of their genome – about as related as fourth cousins. Most often, friends shared genes related to sense of smell, the authors found.

Long ago, the researchers think, this tendency to chose genetically similar friends might have provided our ancestors with an evolutionary advantage. Having people around who share some of the same weaknesses, preferences and needs can be useful for building a support network.

There was one exception to this rule, however. Friends significantly differed in their arsenal of immunity genes, the team found. Speculating, the researchers think that this might increase the chances that our friends will be more resistant to the germs that cripple us, and could thus take care of us and help stop the spread of infection.

In other words, the basis of human socializing and cooperation is genetic and neurological similarity. People who think along the same lines, find themselves as natural allies, and able to appreciate each other. These groups also have their own internal diversity in that people are attracted to those whose immune systems work differently than their own, creating a double barrier to disease.

When we apply this to civilization, we see that a group of people who are genetically/neurologically similar are more likely to be friends than people who are attempting to control one another because they are dissimilar. The scourge of the twentieth century, managerial/bureaucratic control, is thus deprecated in favor of similarity and cooperation.

In this way, we see nationalism as an extended friend/family group. Those who have similar ambitions for their civilization group together, and within that group, they achieve diversity at a biological level by choosing people near them who offer what they do not, at least at the immunological level but perhaps on many more.

Diversity cannot compare to the simplicity and clarity of this model. In diversity, people are choosing mates based on fractional similarities, and the resulting instability means a lack of unity and thus constant internal conflict. In the friends/family model of nationalism, people group with those similar to them, and so cooperation is an unspoken mutual goal.