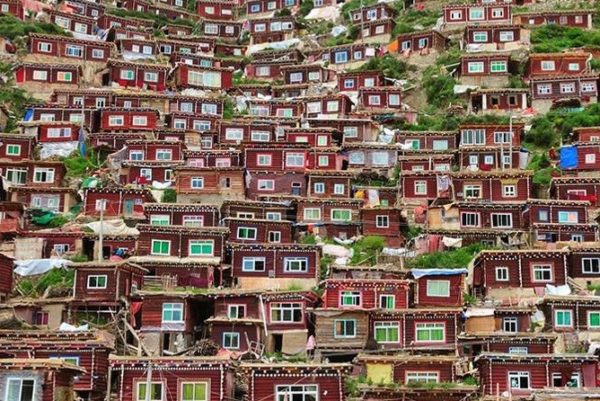 Our society accepts that genocide is the greatest evil ever, if that genocide happens because armed men shove people into camps. What it will not accept is that genocide can happen by policy. Our current policy of “diversity,” or putting multiple ethnic and religious groups in the same societies, causes those groups to compete and eventually assimilate each other as a result. What is left is the typical “third world mix” of part-Asian, part-Caucasian and parts of everything else. No matter what your race is — white, black, or other — it will be destroyed and your descendants left with no ethnic identity.

Diversity “inflicts on the group conditions of life calculated to bring about its physical destruction.” When different ethnic or religious groups have been placed nearby, they have fought each other in a pattern that has been consistent since the dawn of time. Then, as we can see by observing the remains later, the two groups assimilate each other, and in the process lose what made them unique. These leftover groups never attain the characteristics of the original groups and generally fade away, like the ruins of a once-great civilization. This is what our leaders have in store for us.

Our leaders want this because it will make us easy to control. When religion, race and culture are out of the way, they can have a grey tribe with no values in common, which makes it easy to sell products to or manipulate with political ideology. They are the perfect consumers and perfect voters because they have no higher allegiances — like culture, heritage or belief — that conflicts with the government propaganda and advertising. As the Greek philosopher, Plato, wrote 2400 years ago:

And the more detestable his actions are to the citizens the more satellites and the greater devotion in them will he require?

Certainly.
And who are the devoted band, and where will he procure them?

They will flock to him, he said, of their own accord, if lie pays them.

By the dog! I said, here are more drones, of every sort and from every land.2

Those who rule over us are using the same strategy as the tyrant Plato describes: import new people from former colonies, or satellites, and use them to displace the existing population. This new population is chosen because it can be bribed with benefits, sometimes called “welfare” or “socialism,” and it will then always support the tyrant. The problem is, as Plato notes, that it requires bringing in foreign people from many lands. This effectively destroys the ability of a society to have any rules of its own, and through time and interbreeding, it is replaced by a new population.

In the meantime, the invisible rules which one made society livable, called “culture,” have been removed. You cannot have culture when the population is made up of people who did not grow up under this culture, and evolved in their own lands to have different cultures. Culture is in the blood because to succeed in a society, you must be compatible with its culture. After a few generations, only those who took to the culture naturally remain.

The loss of culture through loss of heritage makes society paranoid. People no longer trust each other, and for that reason, they no longer invest effort into the shared future that is our society. As Robert Putnam found:

New evidence from the US suggests that in ethnically diverse neighbourhoods residents of all races tend to ‘hunker down’. Trust (even of one’s own race) is lower, altruism and community cooperation rarer, friends fewer.3

Add it up, and you can see that diversity destroys society. It does not matter which groups are involved and it is not their fault. Diversity destroys any society no matter which groups are involved. So if you think this is about a “bad” religion, ethnic group or race, you have missed the point. The point is that diversity will destroy us because it is genocide of all of our populations.

This site exists to chronicle the damage done by diversity and to show people that diversity is genocide.